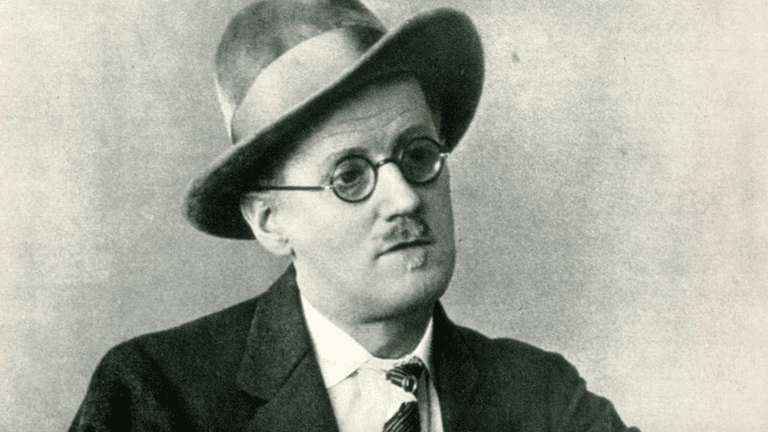 James Joyce is widely considered to be one of the most important literary figures of the 20th century, and of Ireland.

Known for reworking myth into contemporary narratives, as well as incorporating the character of the city into his works, Joyce was one of the key players of Modernism, whose works came to define the movement.

Here are some of the major works, in chronological order, produced by this Dublin native.

“Dubliners” was Joyce’s first publication of prose and the only collection of his short stories published during his lifetime. These fifteen stories depict the Irish middle class at the height of the Home Rule period when the island was wrestling with its identity under British rule. Many of the issues snapshot faced by the characters in this collection snapshot the concerns of many early 20th-century Irish: class, Catholicism, nationalism, modernity vs tradition, and infidelity. It’s longest work, the novella “The Dead”, concerns a university professor who attends an annual party and dinner with his wife. Here he learns that his wife had been in love with a young boy named Michael Furey who had died tragically many years ago. The professor soon begins to realise that he had never, and would never, be as close to his wife as she had been to the dead young man. A short yet powerful tale, The Dead draws parallels between the loss of life and the loss of love, using the desolate backdrop of an Irish winter to emphasize the desolation of the characters. The story was later adapted into an acclaimed film by the legendary director John Huston.

The first full length novel written by Joyce, this highly acclaimed work allows the reader to delve into the mind of Stephen Dedalus, Joyce’s literary alter ego. Dedalus undergoes an intellectual awakening, prompting him to defy conservative conventions held by both the Catholic Church and Irish society as a whole, eventually culminating in his departure from the island and subsequent settling in mainland Europe, mirroring the direction of Joyce’s own life. ‘A Portrait of the Artist as a Young Man‘ is also indicative of Joyce’s developing Modernist style, with minimal dialogue and marked use of free indirect speech revealing the inner psychology of the protagonist. A centennial edition, with an introduction by Norwegian writer Karl Ove Knausgaard was published in 2016 by Penguin.

Joyce’s only play was inspired by his novella The Dead. Concerning a much similar love triangle between a writer named Richard Rowan, his common law wife Bertha, and Rowan’s good friend Robert Hand. This tripartite relationship is complicatedly intersected by a second love triangle the two men and Hand’s cousin. The story contains many autobiographical elements in Joyce’s own life, including Rowan’s complicated relationships with his expatriate friends in Italy and his disdain for Dublin. Exiles is often considered Joyce’s worst publication, and was rejected for performance by one of Joyce’s biggest champions W.B. Yeats. It’s world premiere was staged entirely in German in 1919, with the English-language premiere happening in New York, for a moderately successful run in 1925. It was shut down after a very short run in London the following year, and wouldn’t again see the stage lights in that city until Harold Pinter directed a version in 1970.

A book which almost requires no introduction, Ulysses has long been regarded as one of the key works of Modernist literature and one of the greatest novels ever written. Set over the course of one day, the 16 June 1904, the reader follows a day in the life of Leopold Bloom and experiences the various encounters he has with some of Dublin’s other inhabitants. By modelling Ulysses on Homer’s Odyssey, Joyce creates a sense of the epic, and transforms Bloom’s journey through contemporary, mundane Dublin into one of mythic proportions. While nobody would describe Ulysses as an easy book to read, or even comprehend, many people from all over the world are drawn to its complexities, subtlety and unique stream-of-consciousness structure. Bloomsday, an international celebration of the life and works of James Joyce, is held every 16 June, during which many of the novel’s moments are relived on the streets of modern Dublin.

Although Joyce has always been much better known for his prose, this small collection of 13 poems gives us another perspective on the man and his work. Pomes Penyeach was written in the decades between 1904 and 1924, and features some of Joyce’s most famous poems, like ‘On the Beach at Fontana‘ and ‘A Flower Given to My Daughter‘. While many of Joyce’s works are considered quintessentially Irish, this collection reflects his international life, with numerous place names throughout Europe being mentioned, lending the collection a cosmopolitan, exploratory feel. The collection’s brevity and relative simplicity also serve as a good introduction to Joyce for newcomers.

Joyce wrote this immense, and extraordinarily difficult to comprehend, novel in Paris over the course of 17 years. It was eventually published in 1939, two years before the author’s death, and it has since been viewed as perhaps the most challenging work ever written in the English language. Academics have analysed the text and debated its meaning for decades, to such an extent that it is considered unlikely that anyone would derive much enjoyment from the text. However, by simply reading a few sentences one can gain a glimpse into an exceptional mind working without any restrictions or concern for what people would think, redefining the rules of literature and of language through its bold, experimental style. This alone makes Finnegans Wake a triumph.

This collection of short narrative pieces was only discovered after Joyce’s death, and the road to it’s eventual publication by the Ithys Press, a small arts publication house, is somewhat of a triumph. As the publisher states: Finn’s Hotel comprises ten beautifully written ‘epiclets’, as Joyce himself called them: ten ‘little epics’ centering on epoch-making Irish historic / mythic moments, spanning some 1,500 years, and pivoting on the year 1132 AD. Many characters included here later reappear, in various guises, in Finnegans Wake.