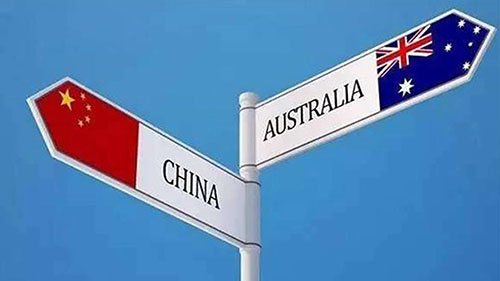 Australian reporters have become pawns in a much bigger game after the Trump administration’s ill-advised decision to cut the number of Chinese reporters in the U.S. gave darker elements in the Chinese system the upper hand in dealing with foreign journalists.

Much like the clandestine hostage dramas that played out in the Cold War, the story of the exfiltration of two Australian journalists from China last week is being fleshed only after the public has been presented with its resolution.

The first that the public knew of the week-long ordeal endured by Bill Birtles, of the Australian Broadcasting Corporation in Beijing, and Michael Smith, of the Australian Financial Review in Shanghai, was the photo of the relieved pair arriving at Sydney Airport on the morning of September 8.

The stand-off between Beijing and Canberra had started with midnight visits from state security to the reporters’ homes, followed by their flight to sanctuary with Australian diplomats, secret negotiations to allow them out of the country and finally their flight home.

There was still another plot twist to come. With outrage in Australia at the treatment of the journalists, the Chinese Foreign Ministry countered with the claim that Australian intelligence and police officers had raided the homes of Chinese journalists in June. The threat against the Australians, then, appeared to be tit-for-tat retaliation.

If anyone needed any reminding, the events of the past week were a reminder that relations between China and Australia are continuing to spiral downwards and will not be easily and quickly repaired. For Australia, that puts billions of dollars of potential trade in peril, as Beijing begins to ramp up the use of economic levers to try to force political concessions out of Canberra.

There are risks for Beijing as well. Many countries around the world which are renegotiating relations with China only have to look at Australia to be reminded of what can happen to you when you challenge Beijing, and it is not reassuring.

But the spy-versus-spy-style harassment of the reporters gives us important clues about how any breakdown in relations with China play out, and they don’t bode well for the future.

As a reporter in China, first from 1995 onwards for The Australian, the country’s national daily, and then later for the Financial Times, for the first decade of the 21st century, it was common for me to run into all manner of obstacles. The police and local governments and their offices for dealing with foreigners and the like were all potential roadblocks to be managed.

Even individual districts in Shanghai, China’s sophisticated commercial capital, had their own units of secret, plain-clothes police who would drop by the office, unannounced, for a chat. It was usually advisable to invite them in for a cup of tea before politely begging to be allowed to get back to work.

Above all of these different power centres sat the Foreign Ministry, which was the host organization for foreign reporters in China and which held sway over your visa.

The Foreign Ministry was never your friend, but at the same time, its officials were usually professional, and as guardians of China’s relations with the rest of the world, could be surprisingly helpful.

They were also in charge, which is to say they seemed to be able to fend off those parts of the Chinese system, like the Ministry of State Security, which were much less friendly and saw no need to accommodate foreign journalists.

From the mid-1990s onwards, Beijing threw out and denied the visas of only a handful of foreign journalists. It was not uncommon to be briefly detained by local officials, but I can’t remember an instance of state security officers turning up en masse at someone’s door after midnight, as happened to Birtles and Smith.

With the rise of President Xi Jinping and a more powerful, resolute China, full-throttle competition with the United States and pushback from middle powers like Australia, the landscape is now radically different.

There were already clear signs earlier this year that state security prerogatives were gaining the upper hand in dealing with foreign journalists, during a clash with the Trump administration over the Chinese state media in America.

State security in Beijing had long wanted to target US journalists in China, especially after they published lengthy detailed articles about the wealth of top leaders. They had been restrained, however, by forces aligned with the Foreign Ministry which had an eye on the larger relationship.

The Trump administration’s ill-advised decision to order the Chinese state media to cut their number of reporters in the US gave the dark side in China a perfect excuse to do what they have long wanted to do.

Within weeks, Beijing had expelled most of the American journalists based in China from the top three U.S. dailies, The New York Times, The Wall Street Journal and The Washington Post.

It was a poor deal for the U.S., the equivalent of exchanging a rook for a pawn. Chinese journalists in the U.S. add nothing to the sum of knowledge about America, whereas American and other foreign journalists in China are indispensable in trying to shed light on the opaque party-state.

As with the US, Australia’s relationship with China is in such poor repair that it offers no defence to the worst elements in the system getting their way. Hence, the targeting of Australian journalists with nary a Chinese diplomat in sight.

Unfortunately, the reporting skills of the two journalists are irrelevant, as they have become pieces to be moved around the board, or taken out altogether, in a much bigger game.

If anything positive came out of the whole episode, it was that Australian diplomats were able to negotiate safe passage for the two reporters out of China.

However bad bilateral ties might be, some parts of the Chinese system clearly saw no benefit in further aggravating relations by keeping two journalists in China against their will indefinitely, as with the case of two Canadians, albeit in different circumstances.

In any case, Beijing is already detaining two Australians: writer Yang Hengjun, on espionage charges, and Cheng Lei, a journalist for Chinese state TV, on suspicion of endangering national security.

Some in Canberra might advocate that Australia should respond by revoking the visas of Chinese state journalists based in Australia in retaliation. That would be wrong. As the American tit-for-tat episode over journalists has shown, if you want to race to the bottom, China will win every time.

Richard McGregor is a senior fellow for east Asia at the Lowy Institute in Sydney. McGregor was bureau chief for the Financial Times in Shanghai, Beijing and Washington and has also reported from Hong Kong, Tokyo and Taipei. His book, “The Party”, on the inner-workings of the Chinese Communist Party, published in 2010, was called a “masterpiece” by The Economist magazine and was chosen by the Asia Society and Mainichi newspaper in Japan as their book of the year in 2011. His last book on Sino-Japanese relations, “Asia’s Reckoning: China, Japan and the Fate of US in the Pacific Century”, published in 2017, was called “shrewd and knowing” by the Wall Street Journal and the “best book of the year” by the Literary Review in the UK.