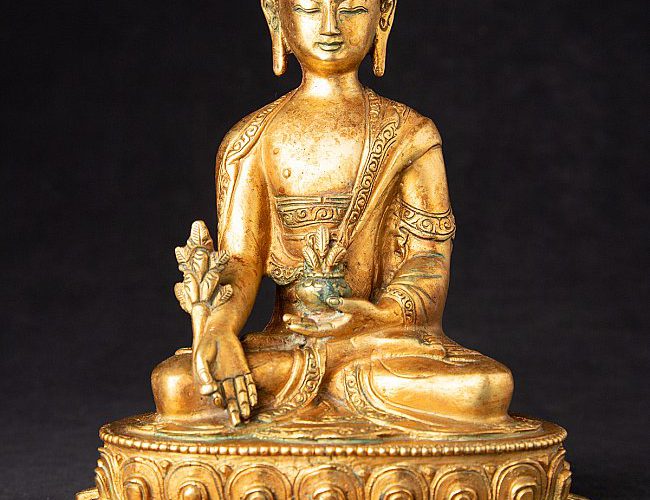 Asia has a vast cultural and traditional history, which is very obvious given that it is the largest continent in the world and is home to various ancient civilizations in the world. One of them is Burmese civilization.

The art in this particular region of the continent has been popular over the years for its unique features and various styles of the Buddhist images and artifacts. Over the centuries, Buddhism spread from India into all corners of Asia. As it spread, it transformed into a wide variety of beliefs and practices.

The art forms it inspired are well represented all over the continent. The Burmese art is particularly influenced by eastern part of the Indian subcontinent as Burma is a neighbor of India. In their sculptural tradition, the Burmese were typically conservative, initially following Indian styles and later Khmer and Thai models in their artistic structures. Burmese lacquer ware, made for use in temples and monasteries, is one of the most celebrated and popular items of Burmese arts. The Mon part of Burma is believed to have converted into a Buddhist cultural hub since as early as 200 BC.

Various Buddhist temples and monasteries in Burma house countless Buddha statues, Buddha images and Buddhist art which are particularly influenced by the Indian art of Gupta and post-Gupta period and this style spread across Southeast Asian region widely with the expansion of Mon Empire from 5th to 8th centuries.

Thousands of Buddhist temples and monasteries were established in the then capital Baganbetween 11th and 13th centuries. For example, in Bagan, a 9th-century Nat temple is among the earliest examples of Burmese architecture. These temples are home to countless beautiful bejeweled Buddha statues in Mon period. Despite to occupation of the city by the Mongols in the 13th century, the creation of these valuable artifacts continued and even fostered.

Burmese periods
Ava Period (14th to 16th century) saw the introduction of Ava style Buddha statues and images. These artifacts were peculiar due to the large protruding ears, exaggerated eyebrows that curve upward, half-closed eyes, thin lips and a hair bun that is pointed at the top, usually depicted in the Bhumisparsha Mudra.

At the end of the 18th century, the Konbaung dynasty introduced Mandalay style Buddha images and Asian arts, which is famous all over the world till now. The Buddha images depicted the Buddha with more natural, fleshy and naturally slanted eyebrows with slightly slanted eyes.

Similarly other peculiar features of the statues from this period are thicker lips and round hair bun at the top. The statues in Mandalay stylecan be found in sitting, standing and reclining positions as they depict various stages in the lifetime of the Buddha. These Burmese Buddhas are found wearing flowing and draped robes.

Among the popular styles of Burmese Asian art, Shan style is a common style which was found by the ancient Shan people living in the highlands of Burma. These styles featured Buddha with angular features with a large and pointed nose structure. This style is similar to Thai style of Buddhist art for the hair bun, small mouth and thin chin of the Buddha.