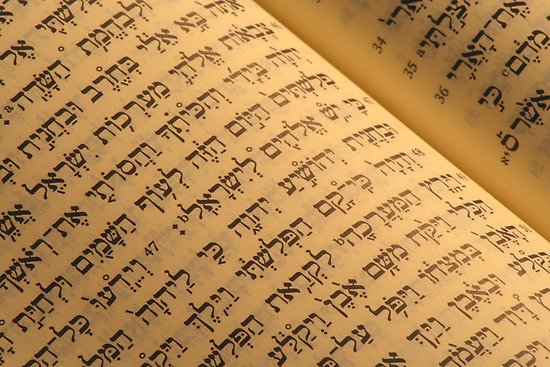 Within Biblical Hebrew itself, subdivisions can be made according to the period or stage of the language. The earliest Hebrew texts that have reached us date from the end of the second millennium B.C.E.

The Israelite people that settled in Canaan from the 14th to 13th centuries B.C.E.–regardless of what their language might have been before they established themselves there–used Hebrew as a spoken and a literary language until the fall of Jerusalem in 587 B.C.E.

It is quite likely that during the First Temple period [1006-587 B.C.E.] there would have been significant differences between the spoken and the written language, although this is hardly something about which we can be exact. What we know as Biblical Hebrew is without doubt basically a literary language, which until the Babylonian exile [following the fall of Jerusalem] existed alongside living, spoken, dialects.

The exile marks the disappearance of this language from everyday life and its subsequent use for literary and liturgical purposes only during the Second Temple period [515 B.C.E.-70 CE]. The latest biblical texts date from the second century B.C.E., if we disregard Biblical Hebrew’s survival in a more or less artificial way in the Dead Sea Scrolls, for example, and in certain kinds of medieval literature.

The Hebrew of the poetic sections of the Bible, some of which are very old despite possible post‑exilic revision, as well as the oldest epigraphic material in inscriptions dating from the 10th to sixth centuries B.C.E., we call Archaic Hebrew, although we realize that there is no general agreement among scholars regarding this term.The language used in the prose sections of the Pentateuch and in the Prophets and the Writings before the exile we call Classical Biblical Hebrew, or Biblical Hebrew proper. Late Biblical Hebrew refers to the language of the books of the Bible written after the exile.

It has often been stated that Biblical Hebrew is not a language in the full sense of the word but merely a “fragment of language,” only a part of the language actually used by the Israelites prior to the exile. This is without doubt one of the most serious limitations for an adequate study of its history. Ten centuries ago, the Jews of Spain were fully conscious of this, as demonstrated by the words of some Cordoban scholars: “Had we not left our country as exiles, we should today possess the whole of our language as in former times.”

The approximately 8,000 lexical items preserved in the books of the Bible would not have been enough to meet the needs of a living language.

The historical problem of the origins of Hebrew–sometimes raised as a question of the kind “What was the language spoken by the Patriarchs?” or “What was the language of the conquerors of Canaan?”–is beyond the scope of this study, which is concerned only with more narrowly linguistic issues. Whatever the truth of the matter, we have to recognize that the exact beginnings of the Hebrew language are still surrounded by mystery.

From the moment of its appearance in a documented written form, Hebrew offers clear evidence that it belongs to the Canaanite group of languages, with certain peculiarities of its own. Possibly this means that when the Israelite tribes settled in Canaan they adopted the language of that country, at least for their written documents. Ancient, and certainly anachronistic, traditions about these semi‑nomads allude to Aramaean ancestors (see Deuteronomy 26:5), but inferences of a linguistic nature should not, in principle, be drawn from this.

In the passage where Jacob and his descendants are portrayed as making a final break from Laban (the Aramaean, Genesis 31:47), various writers have seen an allusion to the time when the Israelites abandoned Aramaic and adopted the Canaanite language of the country they were living in.

In any case, there is a clear continuity between Hebrew as it is historically attested and the language of the Al‑Amarna letters [cuneiform tablets discovered in 1887], which date from before the settlement of the Israelites in Canaan. This is not to deny that Israel’s monotheism could have had clear implications for particular semantic fields, thus distinguishing Hebrew from the languages of other Canaanite peoples.

Combining historical and linguistic issues, it was suggested in the first decades of this century that Hebrew is not a homogeneous linguistic system but a Mischsprache [hybrid language], in which it is possible to distinguish an early Canaanite layer, very close to Akkadian, and another more recent layer, closer to Aramaic and Southern Semitic.

As well as modified versions of the Mischsprache hypothesis which continued to receive a measure of support until recently, there have also been claims by various scholars, often led by considerations of an allegedly historical nature, that clear traces of Aramaic can be found in the origins of Hebrew. However, the various rebuttals of the Mischsprache theory have ensured that it is no longer generally regarded as very plausible nowadays, and a different kind of approach to the problems which fuelled the theory is favored.

Various recent studies have emphasized that Aramaic might have influenced Hebrew very strongly, not when Hebrew first emerged but many centuries later, in the second half of the first millennium B.C.E. up to the beginnings of the Common Era. Thus, it is generally accepted that in the phonology [sound], morphology [structure], and lexicon [vocabulary] of Late Biblical Hebrew, as well as in Rabbinic Hebrew, there is a significant Aramaic component.

Similarly, in the linguistic system of the Masoretes [sages who lived between the sixth and 10th century and were responsible for establishing a system of vowels for the consonants-only Bible] features of Aramaic pronunciation have been superimposed on Hebrew.

If, in various ways, it is recognized in Hebrew elements that differentiate it from the neighboring Canaanite dialects, we do not believe that these are derived from the Aramaic or Amorite that the Israelites might perhaps have spoken before they settled in Canaan, but instead that they result, for example, from linguistic conservativism, from independent linguistic developments within Hebrew, and from dialect diversity (about which we are acquiring ever more evidence).

Increasingly it is believed that whereas Biblical Hebrew was the language of literature and administration, the spoken language even before the exile might have been an early version of what would later become Rabbinic Hebrew.

There are notable differences between the type of language used for poetry (which seems to be closer to the languages found in neighboring countries) and that employed by classical prose, as well as differences between the northern and southern or Jerusalemite dialects. A further significant feature is the influence of various foreign languages on Hebrew over the centuries.